Daryl Selby and Georgina Kennedy have the Arion Homes Off the Wall Squash PSA Open in their sights, albeit from differing perspectives to their careers.

Kennedy is fresh out of Harvard University and laying the foundations to a burgeoning career making a name for herself on the PSA world tour hunting titles and slaying seeds. In contrast, Selby has been there, done that but very much still wears the T-shirt in his 19th season on the pro tour.

Both brought their own brand of squash to the table in last night’s semi-finals at Ipswich. Kennedy is so packed with energy and dynamism, she should be sponsored by Duracell. Her 29-minute disposal of second seed Alison Thomson was as emphatic and efficient as you can get. It was clear to see why she is on a clean-up mission this summer claiming PSA titles and well-earned winnings almost at will. 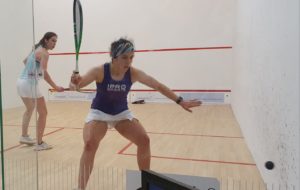 She meets Georgia Adderley in the final and the young Scot will need to produce more of the energy that removed home favourite and number one seed Anna Kimberley from the competition if she is going to test Kennedy.

Selby, meanwhile, playing his 200th PSA event, used all his nous and knowhow to quell the pace and youthful exuberance of 21-year-old Curtis Malik who more than stood his ground against the 38-year-old England international captain.

Malik overcame early nerves to level at 1-1 but that only inspired Selby to turn a few extra pages of his book of knowledge as he sealed a final date against Portugal’s Rui Soares who took out Josh Master’s 3-1. 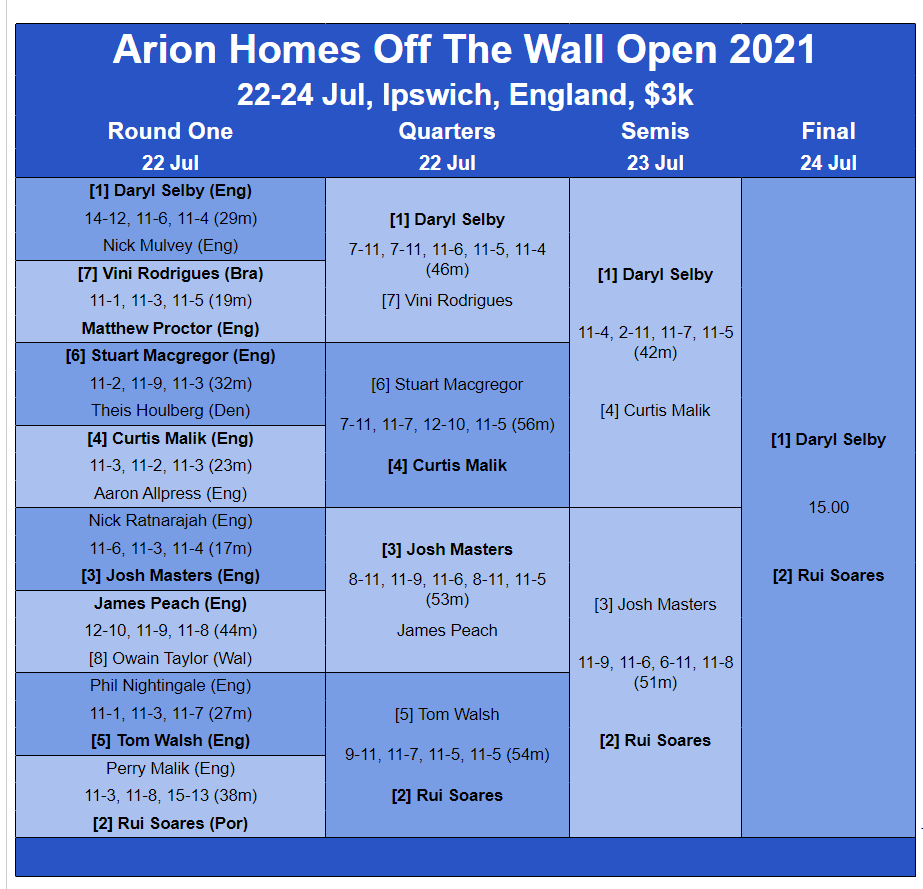 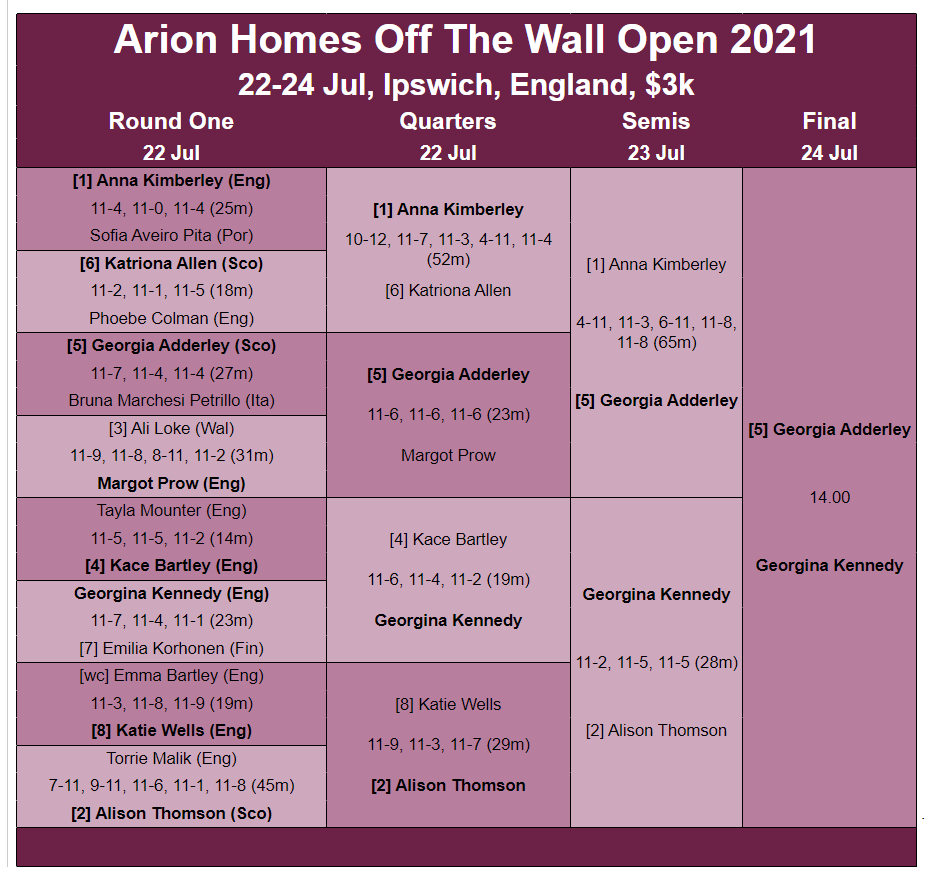