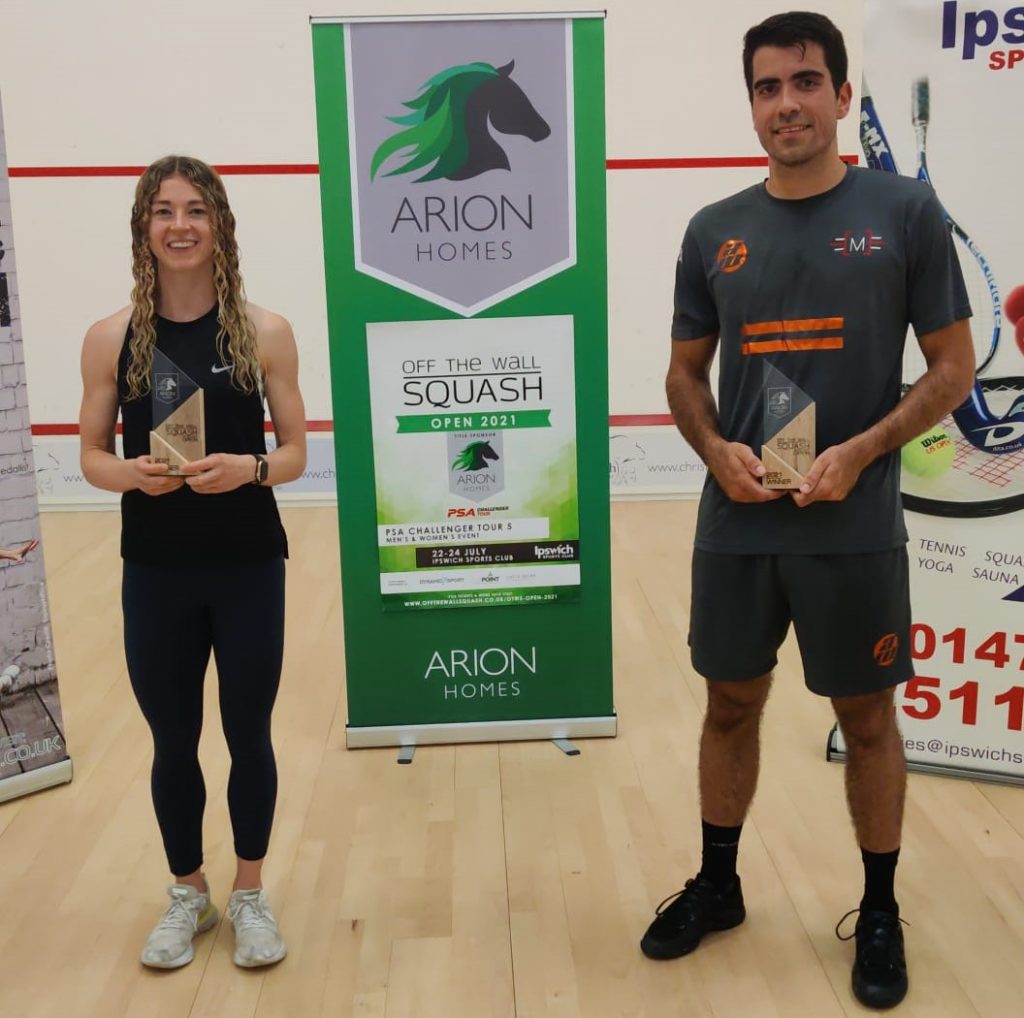 OUR WINNERS: Georgina Kennedy and Rui Soares after their Arion Homes OTWS Open victories at a packed Upswich Sports Club on Saturday

Georgina Kennedy played he part perfectly in the anticipated outcome of the Arion Homes Off The Wall Squash PSA Open finals at Ipswich, but her co-star in the script, Daryl Selby, was upstaged by another dashing performer in the shape of Rui Soares from Portugal.

World number 22, Selby was a clear favourite with both bookies and the local partisan crowd to walk away with the spoils in his 200th PSA event. But it was the dashing young Soares, 74 in the world, who shone bright to take the applause and the winner’s crown in the inaugural event staged by OTWS at the Ipswich Sports Club. His 3-0 win was both deserved and classy, matched by an equally gracious winner’s acceptance speech. (click here to hear Rui’s speech https://www.facebook.com/OffTheWallSquash/videos/327400762382088

Selby’s return to the tour after a 16-month hiatus due to lockdown will have left some wondering whether the enforced break might have accelerated the player’s decision to bring down the curtain his 19-year pro career. Well, we got our answer. Three decent wins en-route to the final showed there is still plenty of mileage left in those legs. And his self-challenge to compete for a place in Team England’s Commonwealth Games squash doubles team is totally valid.

For Kennedy, the are few question marks over her immediate future. She is clearly a young lady on a mission to capture titles and rise in the world rankings. She currently occupies 105th position but that will soon be consigned to the history channel once recent successes are factored in. Four PSA titles in a blazing summer will quickly see her elevated in the rankings.

Her final match against Scotland’s Georgia Adderley came down to a stiff, one-game challenge followed by a gentle stroll over the line. Adderley came out strong in the first matching the former Harvard College ulumnus punch for punch right up to 9-all. After that, it was downhill all the way for the number five seed.

Once Kennedy grabbed the initiative with that 11-9 first-game success, it was match over. A quick-fire 11-1 second was backed up by an equally rapid 11-3 third and it was all over, bar another charming acceptance speech enthusiastically received by the Ipswich squash faithful. A star is born. 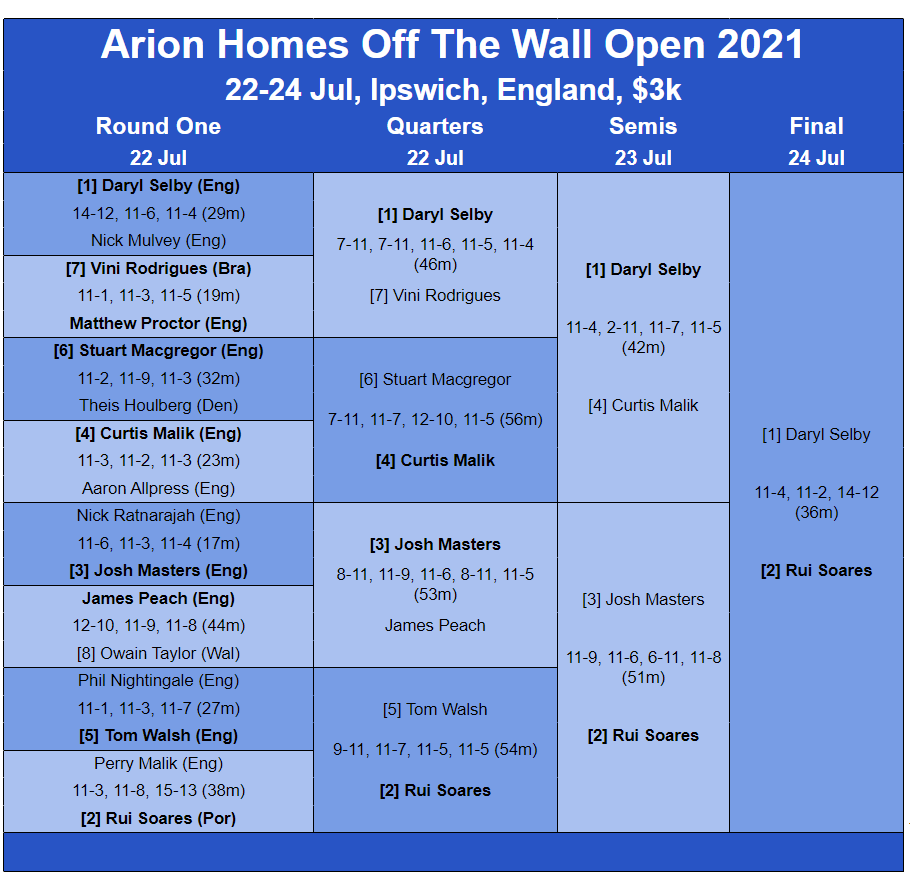 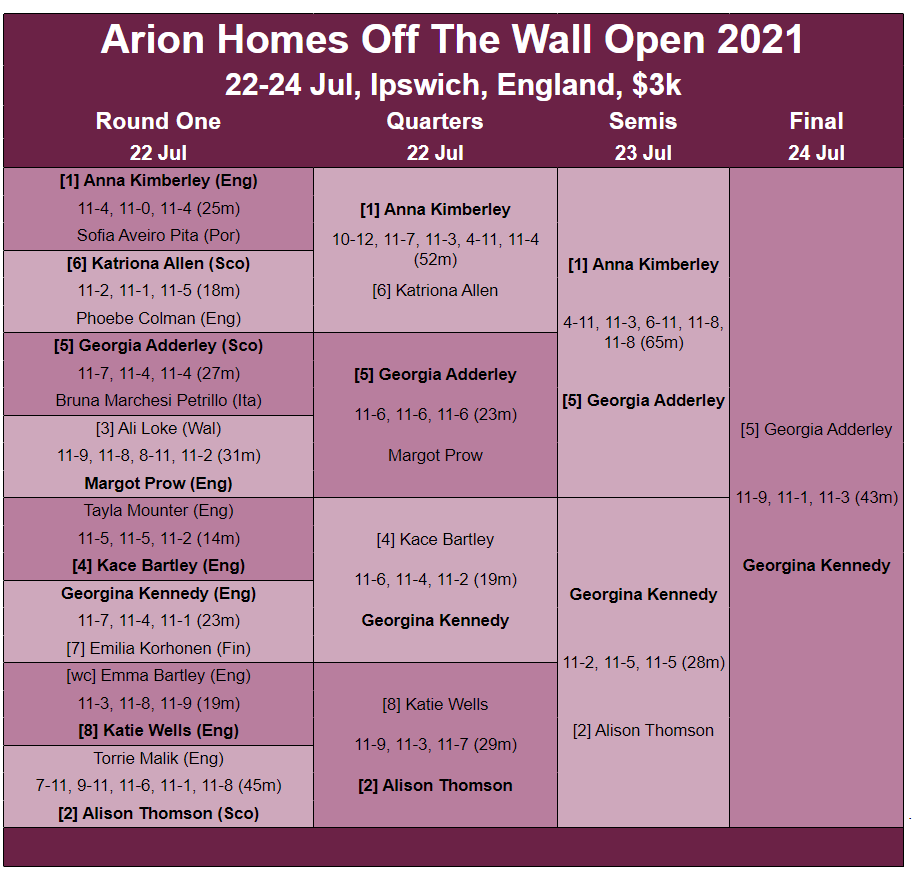 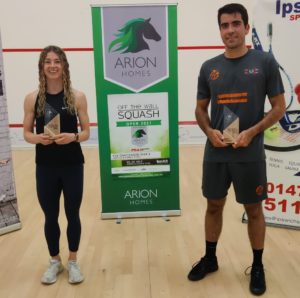 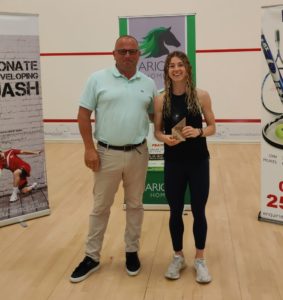 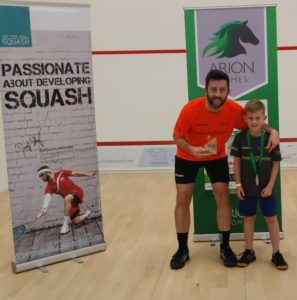 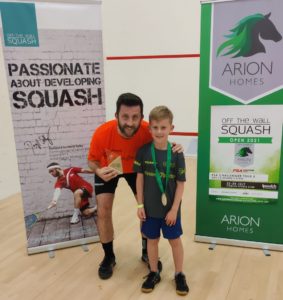 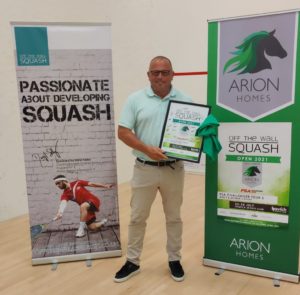